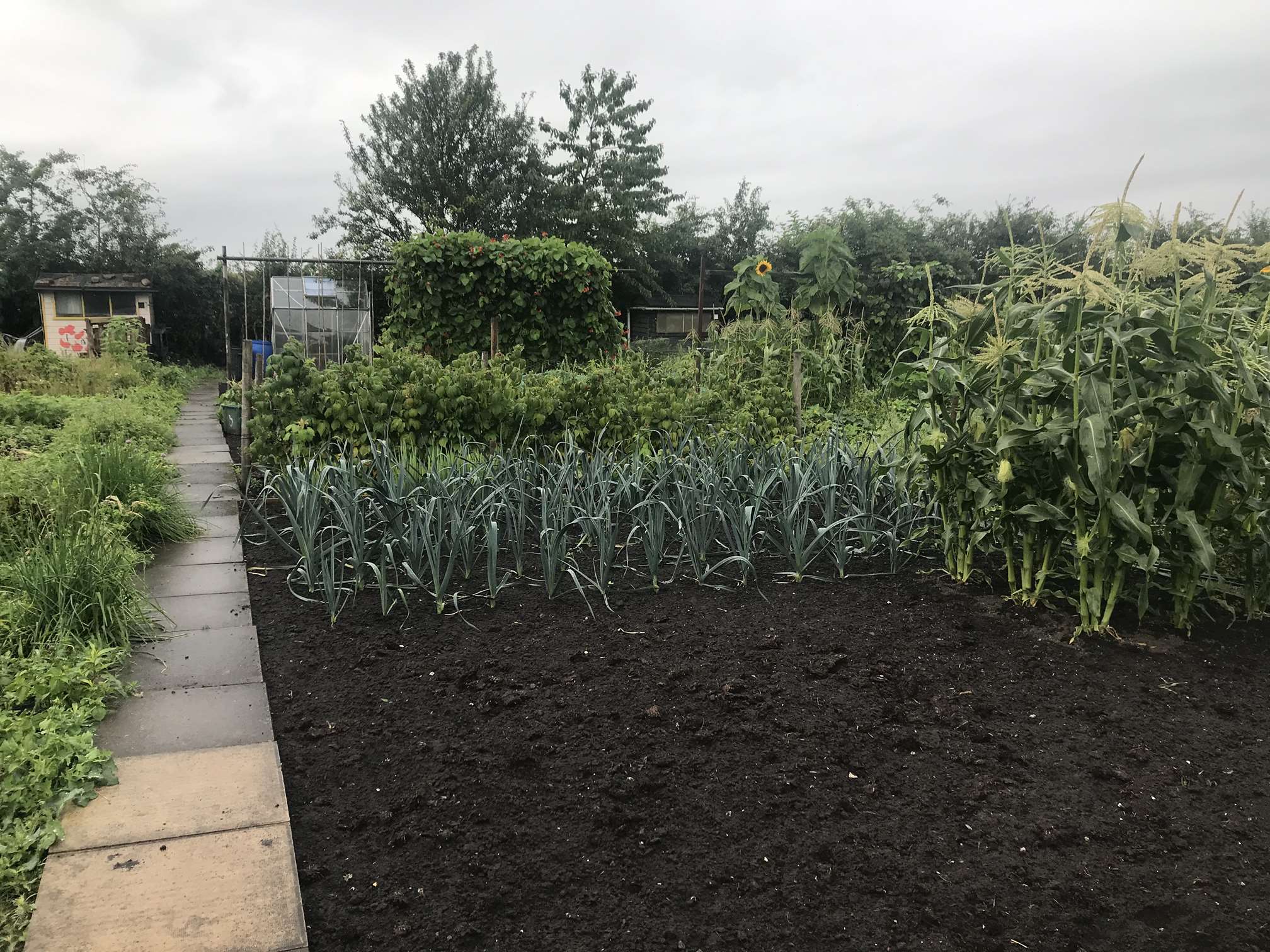 The white of the first few strawberry flowers

The mews of the two buzzards wheeling overhead

The blue tits who perch on its branches

The wren who sings so loudly but is rarely seen

The long relaxing stretch of the snowdrops’ leaves, work nearly over for this year

The spikes of chives with their fat purple buds

The underground reach of new mint, which pops up far from the mother plant, nearly mistaken for bindweed

Ah, bindweed! We’ve tried so hard to remove you, but you emerge everywhere, tiny whorls of dark green on long elegant stalks (and that could take us up to twenty six easily)

You have such amazing roots, weaving through the soil like Theseus in the labyrinth, taking us to other parts of the garden

Cool dark spaces under the rhubarb

The hum of a bee

The crowing of the cockerel

The warmth of the sun on my back

The chatter of neighbouring gardeners

The tiny new shoots of spinach

The emergence of potato leaves, after a month of chitting at home and a few weeks in a trench

Checking those transplanted foxgloves every day – will they recover enough to bloom this year?

The citrus smell of crushed lemon balm (shall I make it into tea today?)

The darkening soil at the evening’s watering

The misty light and apricot colours as I leave at dusk.